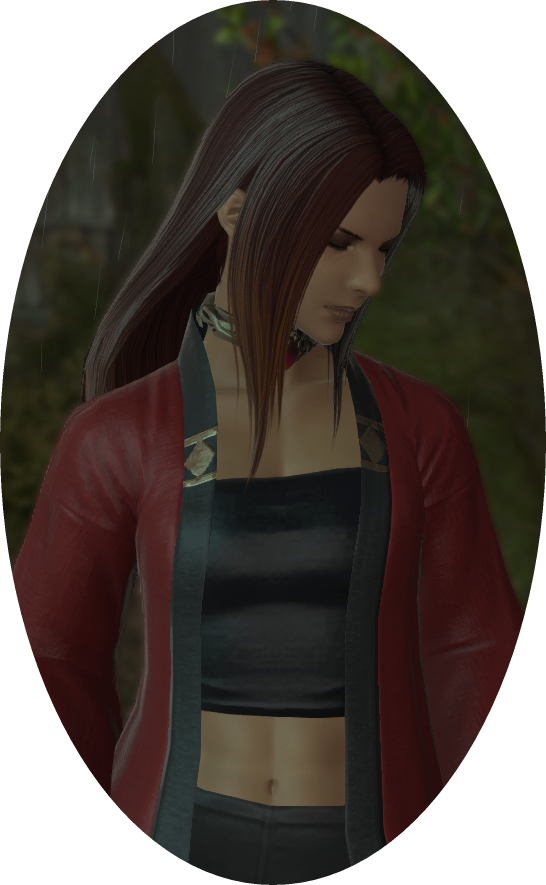 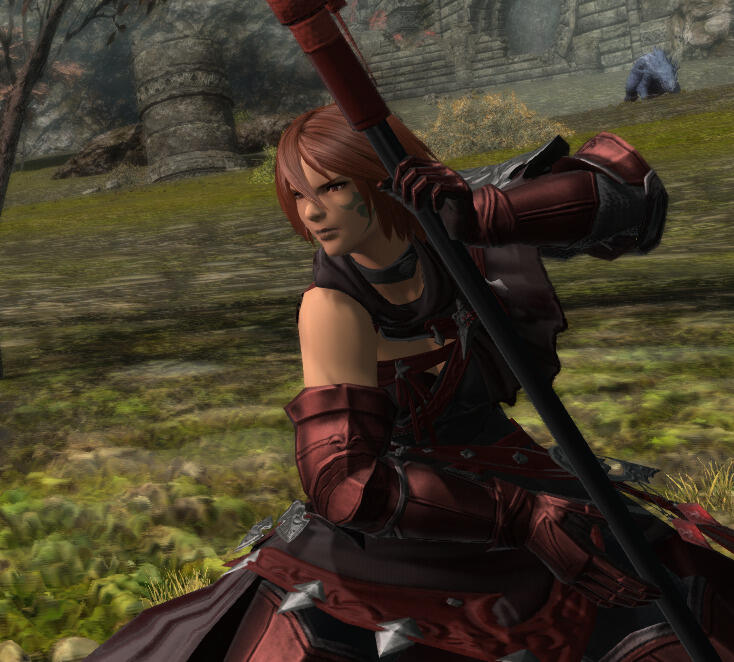 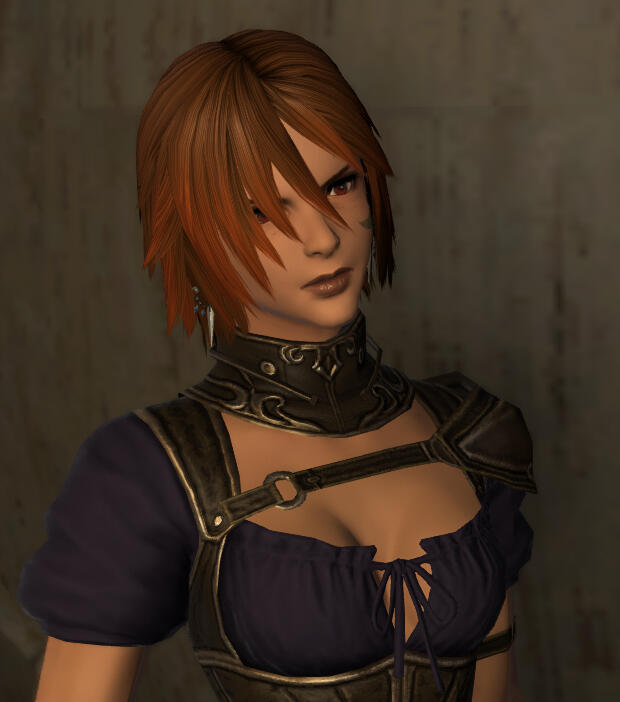 A spy organization masquerading to the public as a traveling circus troupe? That's an absurd rumor. 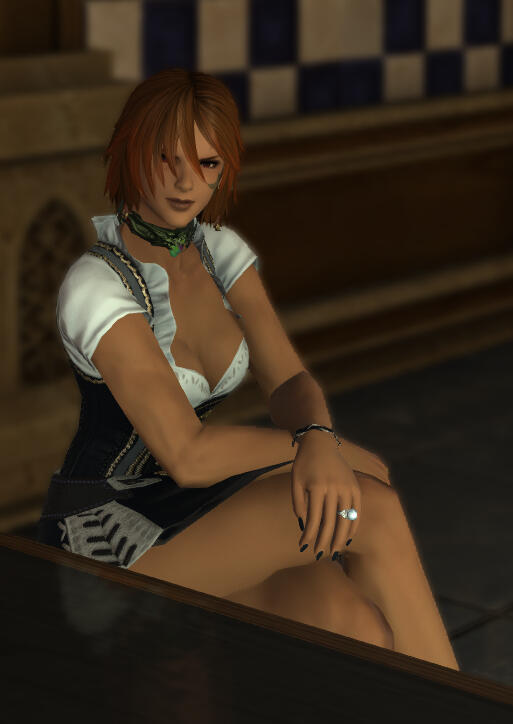 "About me? Hells, why would you want to know that? 'kay fine, I'll give you all the details. Pull up a seat and grab a drink."

Katalin leans back in her chair, swirling the rum in her mug. "Okay, let's begin the begin then. I was born out in the West Shroud on Blaze-Hunter Ranch. Two parents, usual there, and my brother Sandor. He was a wonder - happy, friendly, smart, all of that. I had an edge physically, but older on top of maturing faster so he would've caught up eventually. Sanyi died though - I found him almost drowned and he passed before I could get him back home.

"The blame was mine of course, or so I've heard. Csilla, my mom, constantly told me it was my fault, I should've been the one that died. My dad, he just kind of... faded. He never was the same after that. Hells, none of us were." She paused, taking a deep drink from the rum. "So, with Sanyi gone, it fell on me to get properly married and make sure the ranch was taken care of by someone worthwhile. Hells with that."

A crooked smile crossed her lips as she looked over. "They kept at the tutoring, but tried to add in, ahh... Shite, they tried to teach me to be a good wife. Not my thing, I was more the type to run off and do what I will, 'specially then. Causing trouble in the village, wrassling with my cousins, or just disappearing for a few days to go wild. It was a fucking mess basically, grieving but not handling it."

The ex-mercenary leaned back, crossing her ankles. "Can't say I did anything to make it better. Young, but still, I knew what I was doing. One thing, people always said I'd be pretty if I tried. Csilla kept at me about that, but I wasn't very cooperative. Cutting most my hair off was one thing, but getting this tattoo 'cross my face? Ah, that sent her a tizzy and we fought. I just said fuck it and left for good - kinda expected that and was already packed. Think I was fifteen then?

"So, I wander for a bit. I was used to being on my own in some ways and had come into most of my height by then. Advantages to being a highlander who grew up on a ranch I guess, could take care of myself. Ended up signing on with Bastion's crew. Probably sixteen at that point, but didn't matter too much. They taught me to fight proper, not just attitude and pissiness. Taught us everything we needed really. For example, conjurers are an iffy lot - can't always rely on them even if they're there. So most of us learned to take care of ourselves. All that aside and most (or least) importantly, there was Ian."

A brief scowl crossed her hips before settling into a dark smile. "True asshole there. We were an item for maybe a year or two, then things happen as they do and I ended up pregnant. The company was heading out to the next assignment and I figured I would tell him on the way there. Funny that, he never showed up at the new site. Suddenly found a need to go his own way without telling me about it."

One hand waved dismissively. "That's fine, just a piss-poor way to go about it. Lost the kid anyway and got into a fight with the healer and him telling me that I was lucky." She looked over with a wry expression before the crooked smile returned to her lips. "Can imagine how that went, even if he may've kinda been right. Didn't take his manner well and may've given him a couple of good punches. The company locked me up for a bit before kicking me out."

Fingers ran through her hair. "So, I was suddenly free to do whatever again. Which is what I did, odd jobs here and there, doing what I needed to get along. Mostly caravan-work with some bodyguarding thrown in. Things were going to shite and the Garleans were pushing and pushing. With all of the forces being called up to handle them, bandits and such were going wild in their void. There was a lot of business to be found for a merc and Bastille had a good reputation for me to lean on. Then Cartenau...

"Don't need to tell you about that, you may've noticed a moon missing. Afterwards, they started building up the Twin Adders. I signed on, working as a trainer." She pauses with a smirk. "Not a good one, though. Knew what I was doing but was a bit of a bitch in dealing with recruits. Eventually I got shoved into a patrol squad, which went curiously. At the end of things I was both promoted to officer and kicked out on my arse. Politics there."

She finished off her mug and set it aside. "I ended up getting picked up by Treasure Inc. then. It was mostly caravan work again, but there were a few missions... Anyroad, I met Corsa'ir and hit it off and the story kept going from there. Now though? I'm tired of talking and all that. G'night. Go away." 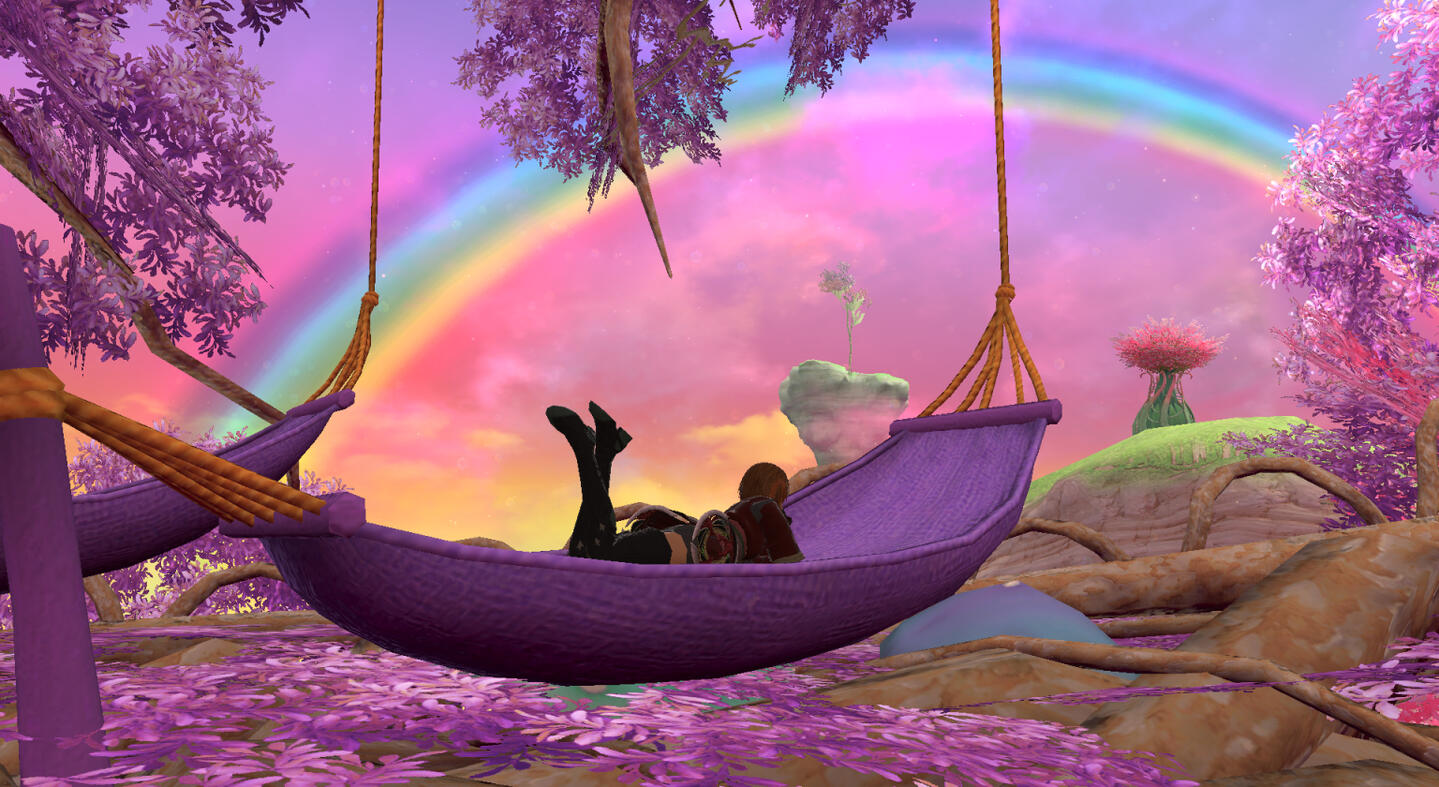 Art from the best RP partner 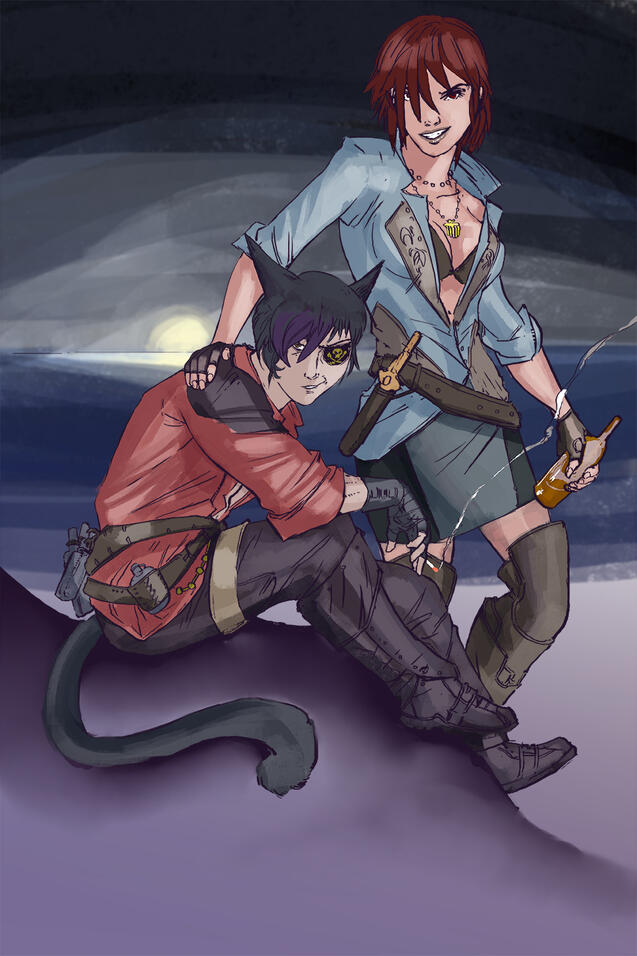 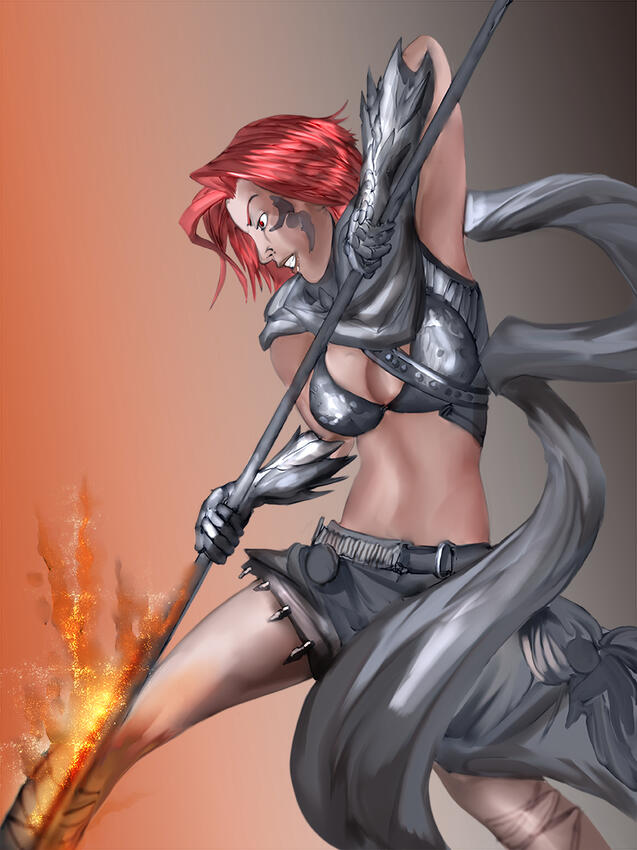 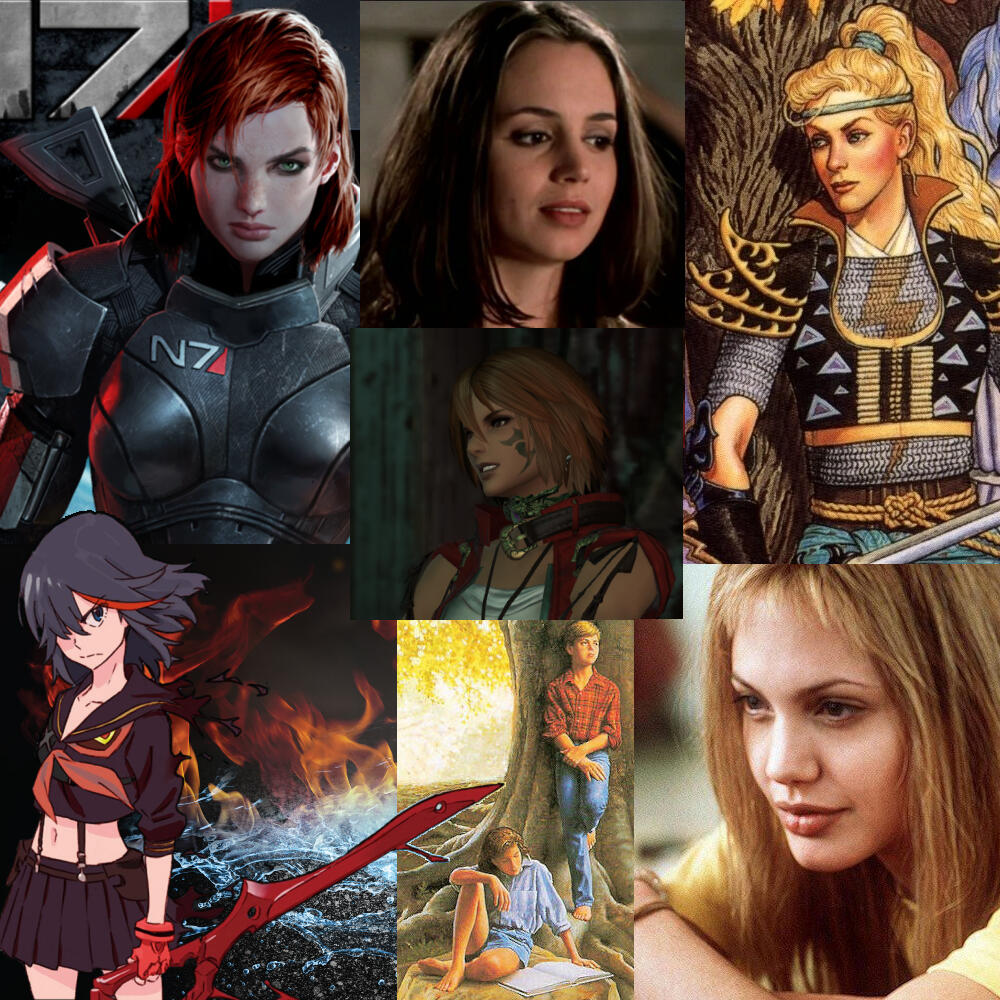 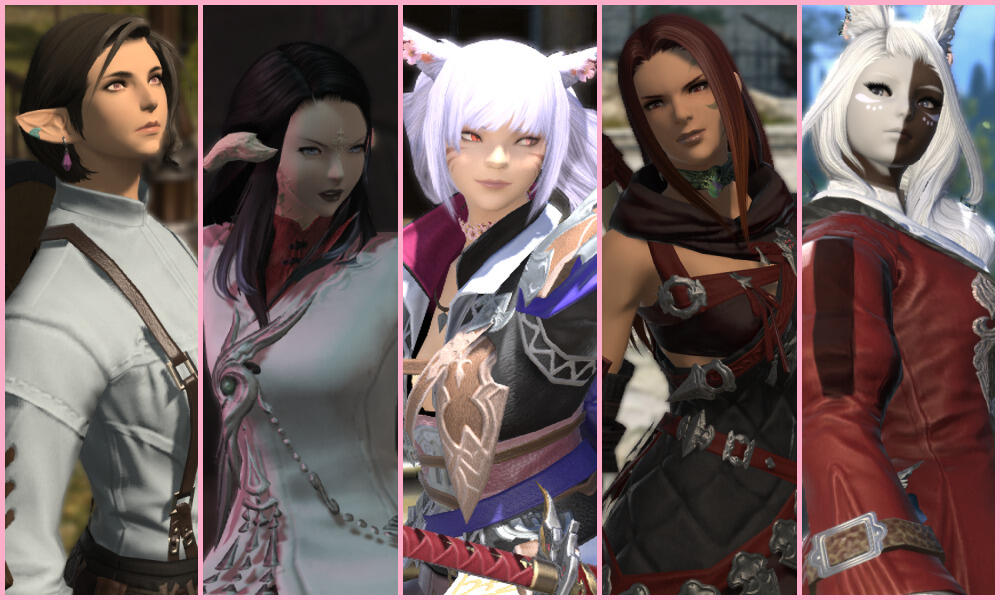